Thursday, June 12, 2008 my friend Marc Harris calls and says..."let's go to the Laker game tonight." How much are tickets, and where are we sitting I ask. He informed me that this is a tough market to buy tickets due to the nature of the game. If the Laker's win, the series will be tied 2-2. If not, the Laker's will be down 3-1. He told me the tickets are too expensive right now, but we should be able to do better at the Staples Center. So he picked me up at 3:30 pm and we headed to Staples. A couple hours later we found ourselves in compeititon with 1000 other Laker fans looking for tickets. They were sold out every where. The scalpers didn't even have any tickets. We were getting desperate. We went into a ticket broker next to Staples...none...all sold out. We couldn't even get in the door. We kept asking everybody...and there were no tickets anywhere. By this time the game had already started. Luckily, the Lakers' were winning. I was watching the score on my BlackBerry. Marc wasn't listening to my updates. He was just focusing on our situation. Did we drive all the way to LA for no reason?? We thought we would try one ticket broker next to Staples. We walked in and of course, we heard the same response. "no tickets." As we were about to leave, thinking we had lost, we saw a man walk in with 4 tickets. He was selling them on consignment to the broker. Luckily, Marc saw this and went right up to the counter. The person behind the counter and Marc were talking and then I saw Marc handing over our money so I knew something good was happening. He said we're in the door for $500 each. We were very lucky. This is the first time I been on an adventure like this, but not Marc...he's done this before. The tickets were in a suite...which at least gives us a good starting point. From the very start, Marc said we would find better seats. He always finds his way down to better seats. Something, that I'm not very comfortable with nor know how to do. He told me not to make any eye contact, follow him, and look like you know what you are doing. After a quick pit stop, we check in on the game. We went into the first tunnel and snapped a couple pictures. The first quarter was half way over and the Lakers were up over 10 points. This was a very good sign. We hopped on the VIP elevator to head up to our third level suite. The door opened at the first level (not our floor) and Marc jumped off at the last second. I quickly followed. We walked around restaurant and found another tunnel down to some pretty good seats. Of course the usher stopped Marc as he tried to talk her into letting us sit for a while. She didn't say no and Marc didn't wait for answer, he just sat down in an open seat. We were sitting in some pretty good seats in the lower bowl level 2. We watched the game for about the rest of the quarter. Then I looked up and saw the usher. She was signaling us out. Marc said, "you didn't make eye contact did you?" My bad...Marc said don't worry, we'll find some better seats. We moved closer to midcourt and made our way down to the Premier Seats. The usher stopped us, but said we couldn't go down until the action went the other way. As soon as the possession changed, we headed down. We found two open seats, with the menu's for the waitress service which was still rolled up in the beverage holder. This was a good sign. Marc reminded me that these seats were going for over $3,500 a seat late in the day. These seats would be our home for the remainder of the game. No one came to kick us out they were teriffic seats. As you know, if you are a Laker fan, (or Celtic fan) the Lakers made history this night. No, they did not win the game and tie the series, they were the first team ever to lose a 24 point lead after leading the first quarter by more than 10 points. Yes, we witnessed the biggest melt down in Finals history. The crowd was absolutely stunned. It was so quite leaving Stapes, all you could hear were the cheers of Celtic fans and the grumbles of Laker fans. No team in Finals history has ever come back from a 3-1 deficit. Kobe and Phil say it's not over...today we will see what the Lakers are made of. Will they fold for summer vacation, or rise like champions...??? I can only give the Laker's one small bit of advise..."Never Give Up" Take it one game at a time and keep surviving. You never know what might happen...look at what Marc and I did on our adventure. Our backs were up agaist the wall, we had no tickets and really no way of getting any. But somehow, we got in to the game. Some how the Lakers must find a way to win three in a row and two of them in Boston! Video: Kobe to the Rack Jack, How does that commercial go? "Lakers Finals...PRICELESS!" What an unforgettable time. 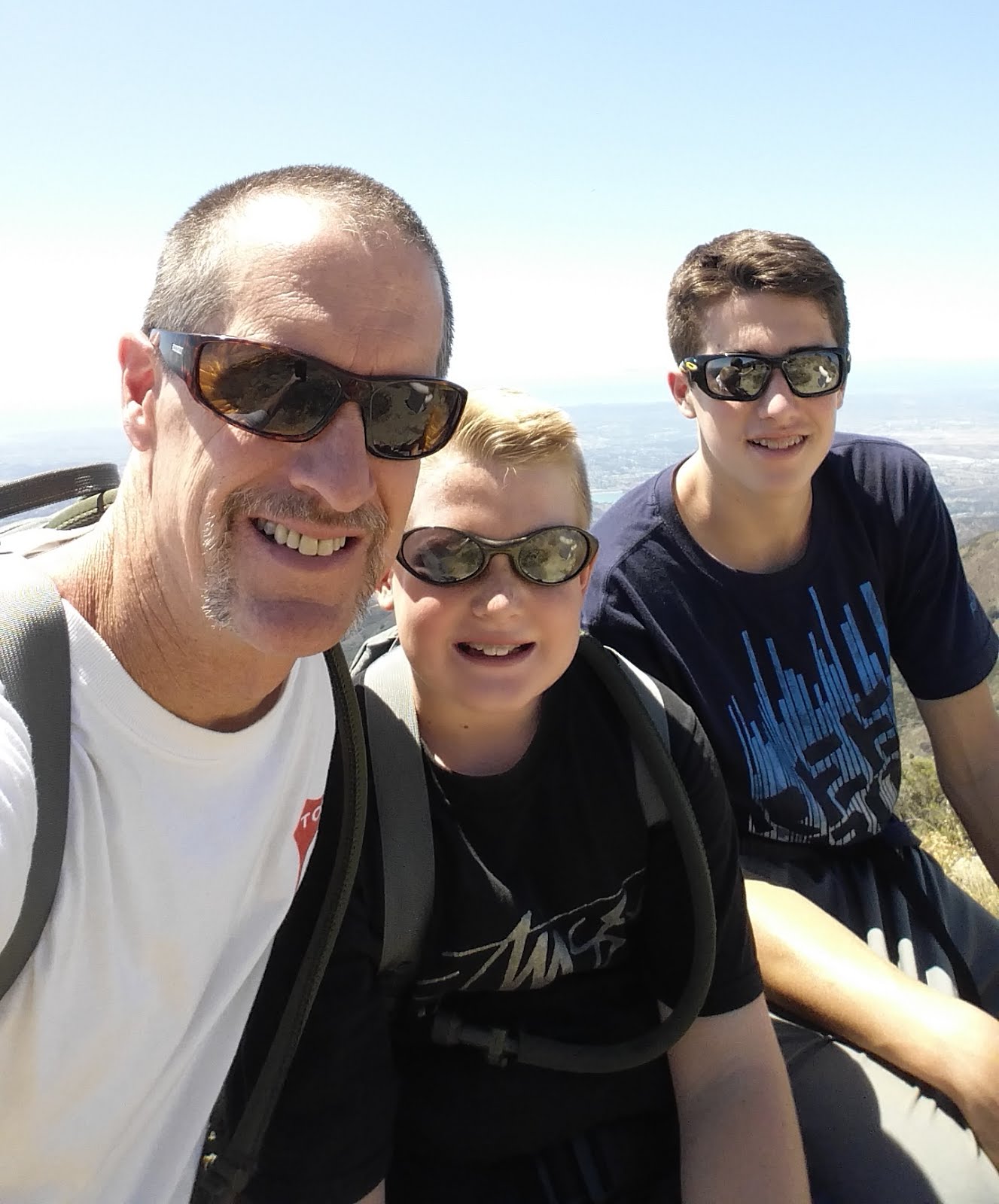 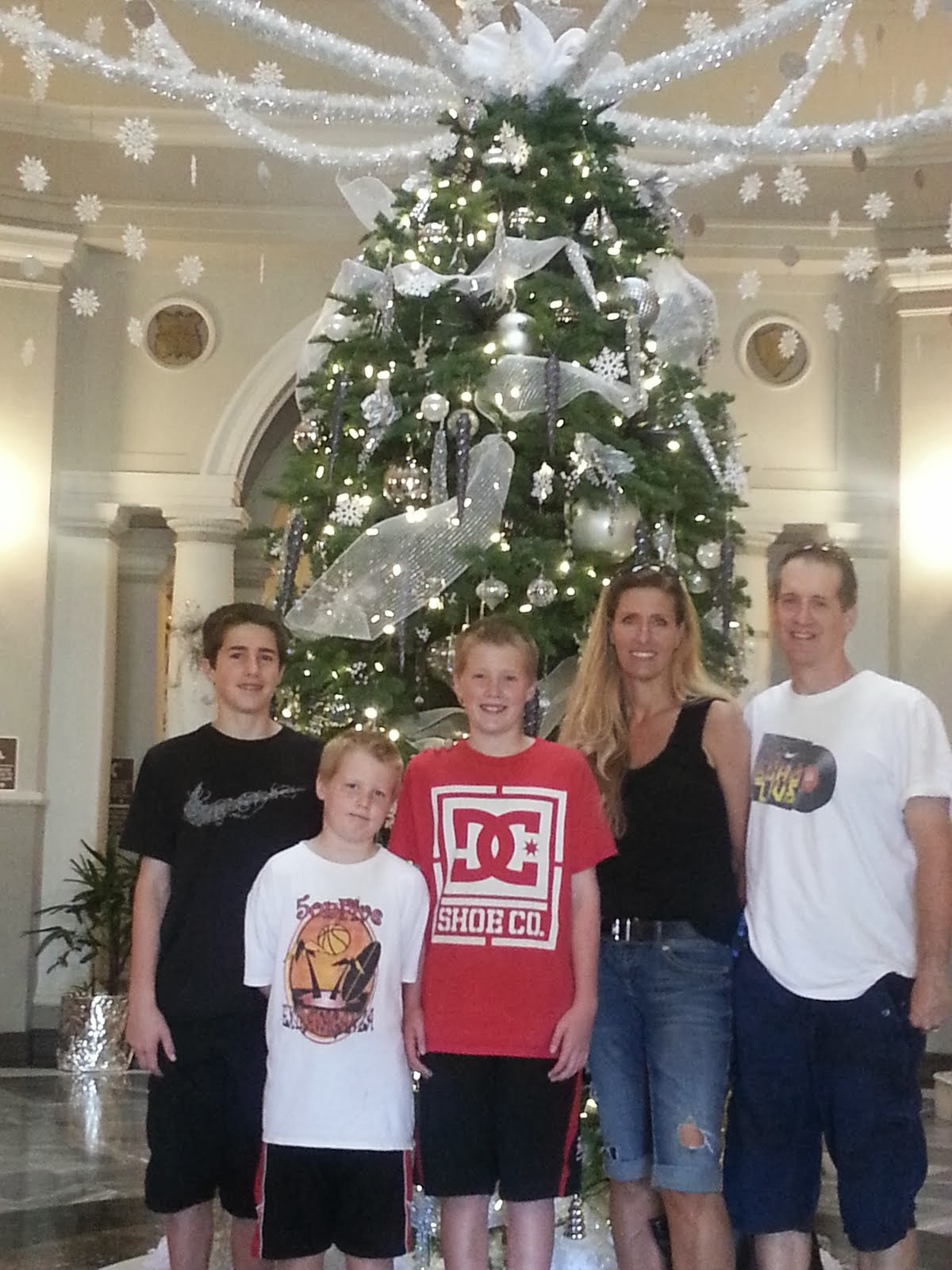 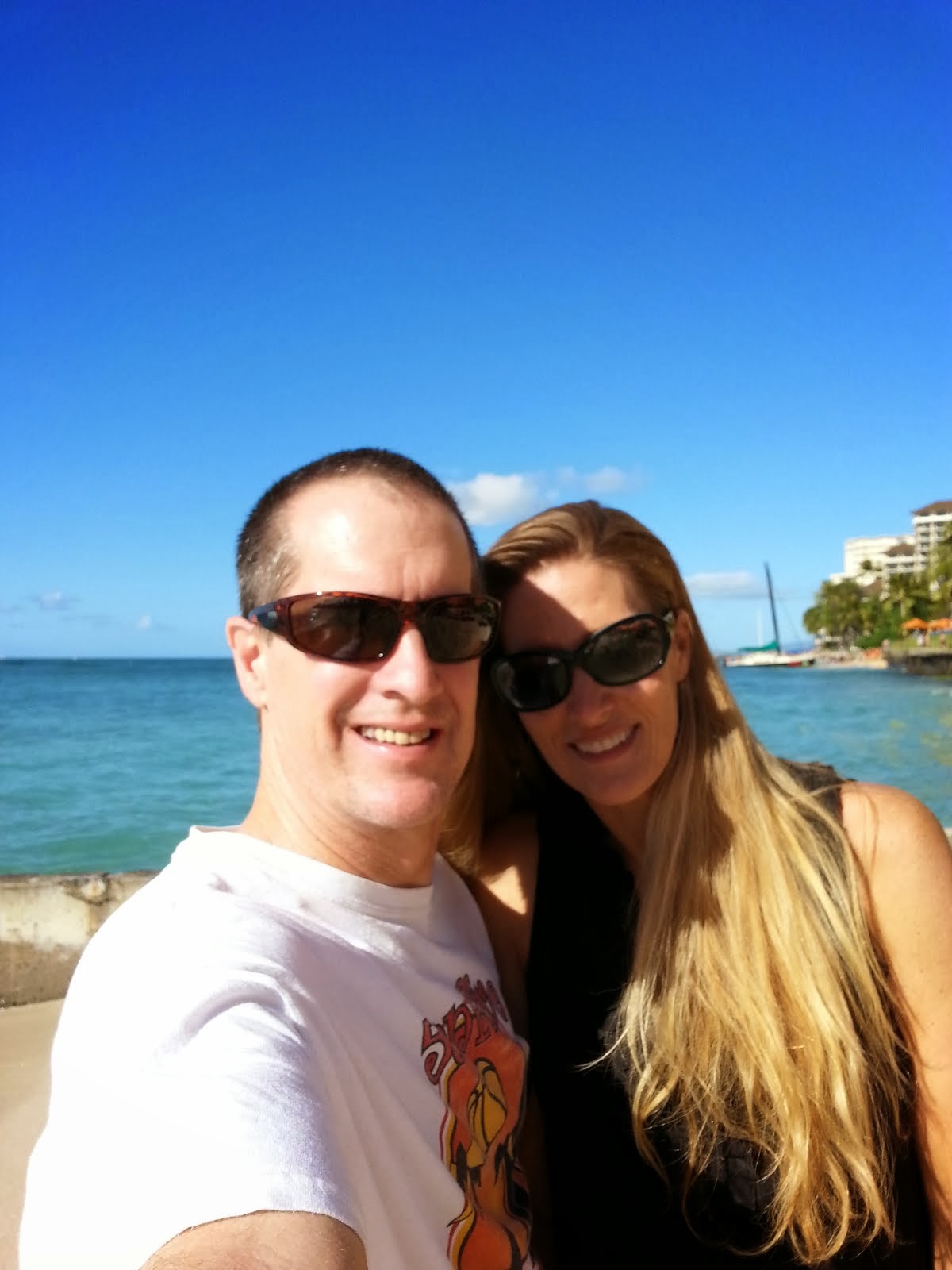 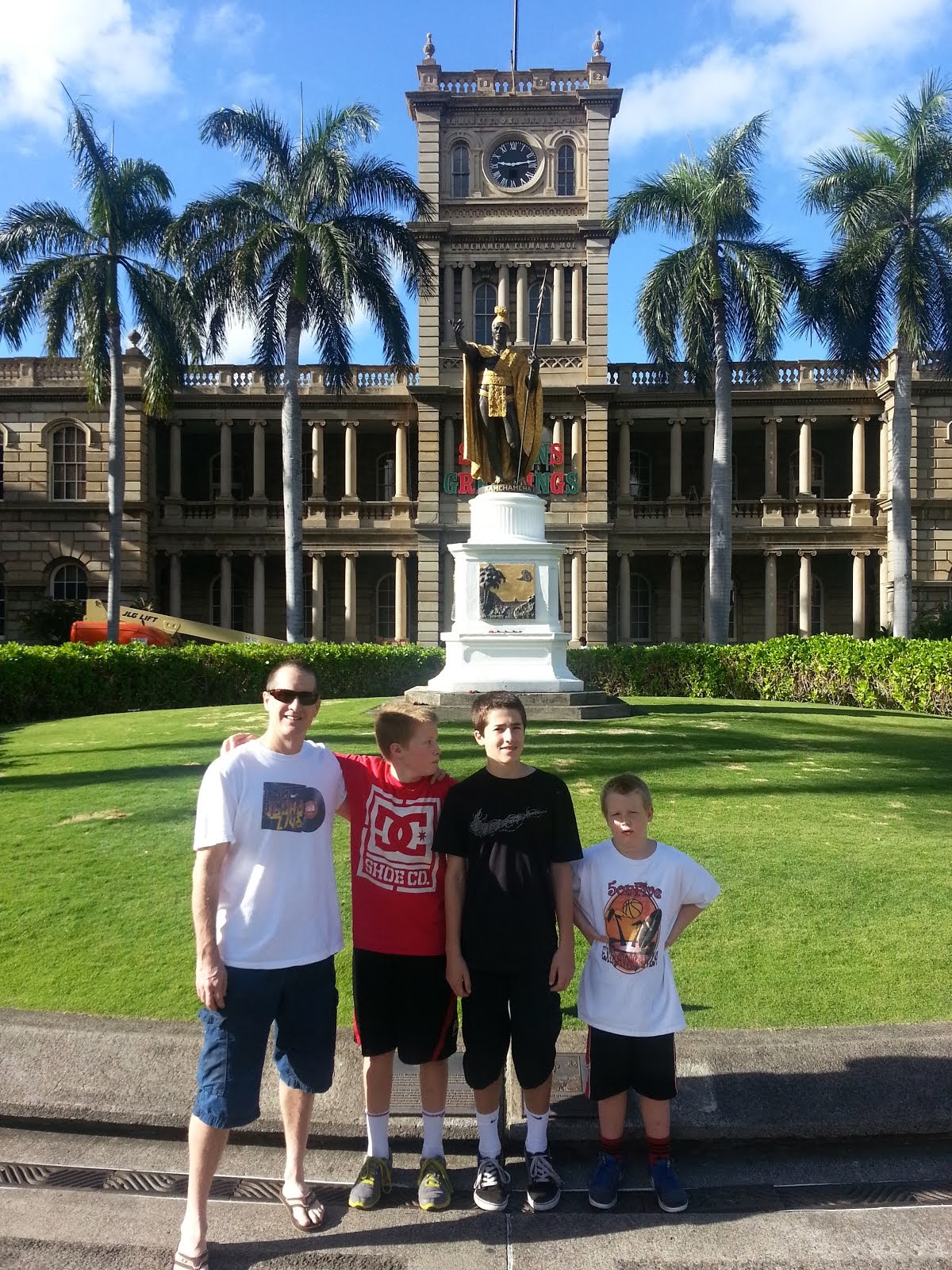 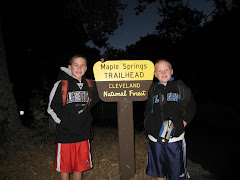 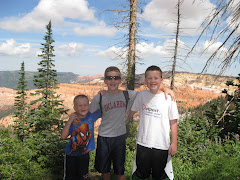 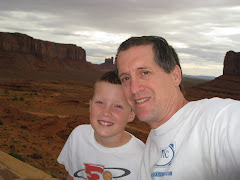 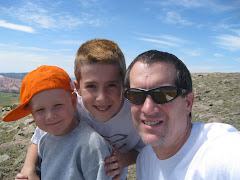 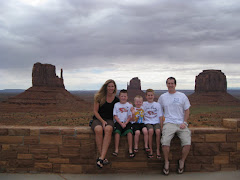 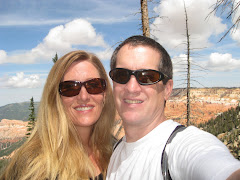 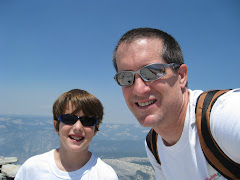 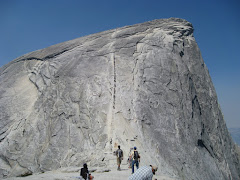 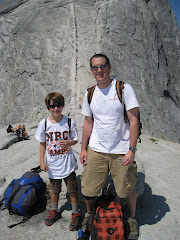 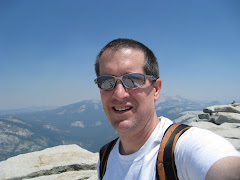 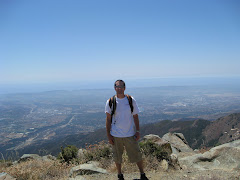 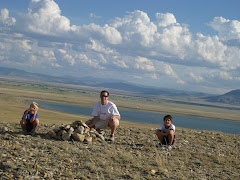 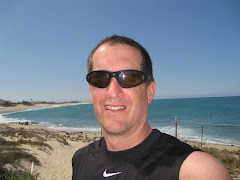 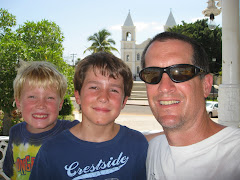 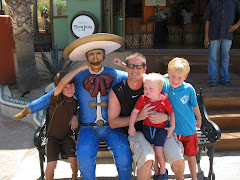 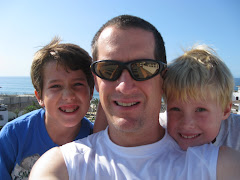